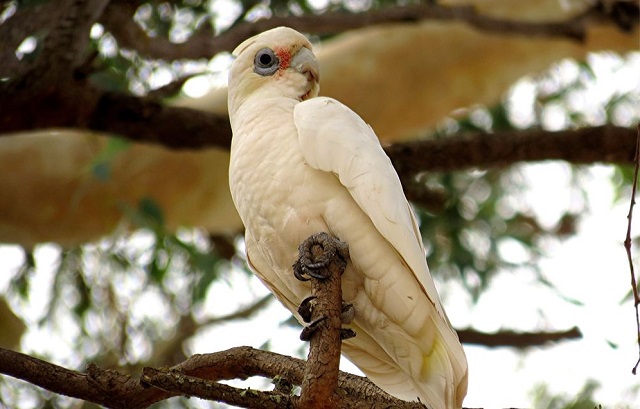 The Rural City of Murray Bridge has given the green light on a range of measures to disturb Little Corella flocks in the region.

Locals have reported seeing huge congregations of the native species in Wellington and along the River Murray recently, with many concerned about the birds damaging property, crops and power lines.

Little corellas are listed as ‘unprotected’ in South Australia and can have a harmful impact on the state’s economic, social and environmental sectors.

In Murray Bridge, the Little Corella Working Party have put forward a number of measures to disturb local flocks, which have been approved this month by council.

Mayor Brenton Lewis has told the Murray Valley Standard that while there will be a fair group in the community upset about a cull, action needs to be taken on the “out of control populations”.

“We’ve got an agreement with the working group to undertake culling and to deter (the little corellas),” he told Dani Brown.

It comes as the State Government works on its five-year plan to tackle the issue with a holistic range of measures including culling, sterilisation, contraception, and establishing safe habitat zones for the species.

Ecologist Jason Van Weenen from the Department for Environment said culling is not the only option as flocks just move to other areas when they are disturbed.

“There’s a lot of focus now on actually having safe zones for birds to encourage them to reside in areas where they’re causing the least impact to ensure they aren’t moved unnecessarily into areas where they come into greater conflict,” Mr Weenen said.

In late 2019, the State Government’s Draft SA Little Corella Management Strategy was open to the public for feedback.

Mr Weenen said the final plan is in the process of being drawn up.

Read more about the strategy at the Department of Environment website.

View all posts by jennielenman